Home
Products
About Us
Factory Tour
Quality Control
Contact Us

A French curve is a template made out of plastic, metal or wood composed of many different curves. It is used in manual drafting to draw smooth curves of varying radii.

The curve is placed on the drawing material, and a pencil, knife or other implement is traced around its curves to produce the desired result.

The image on the right shows the three most common French curves; this set is also known as the Burmester set. The one on the far left side is most commonly used for hyperbolas; the smaller one on the far right side is suited for ellipses. The large one below is used most for parabolas.

Modern computer-aided drafting (CAD) systems use vector-based graphics to achieve a precise radius, so no template is required. 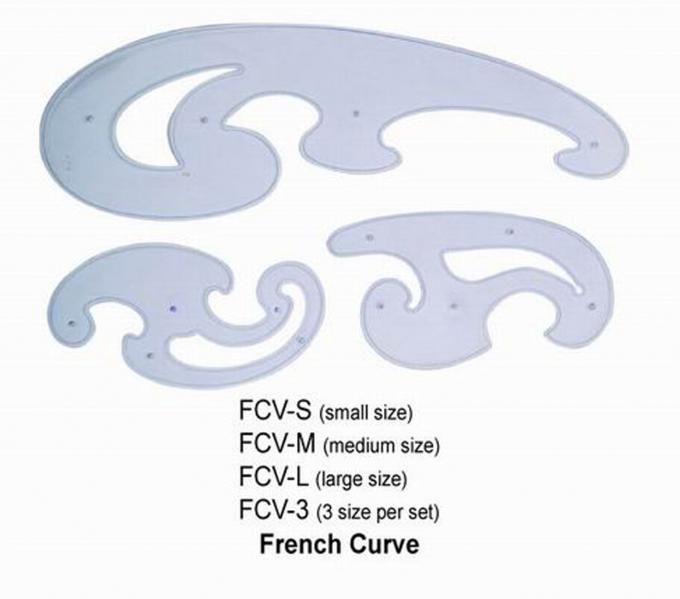